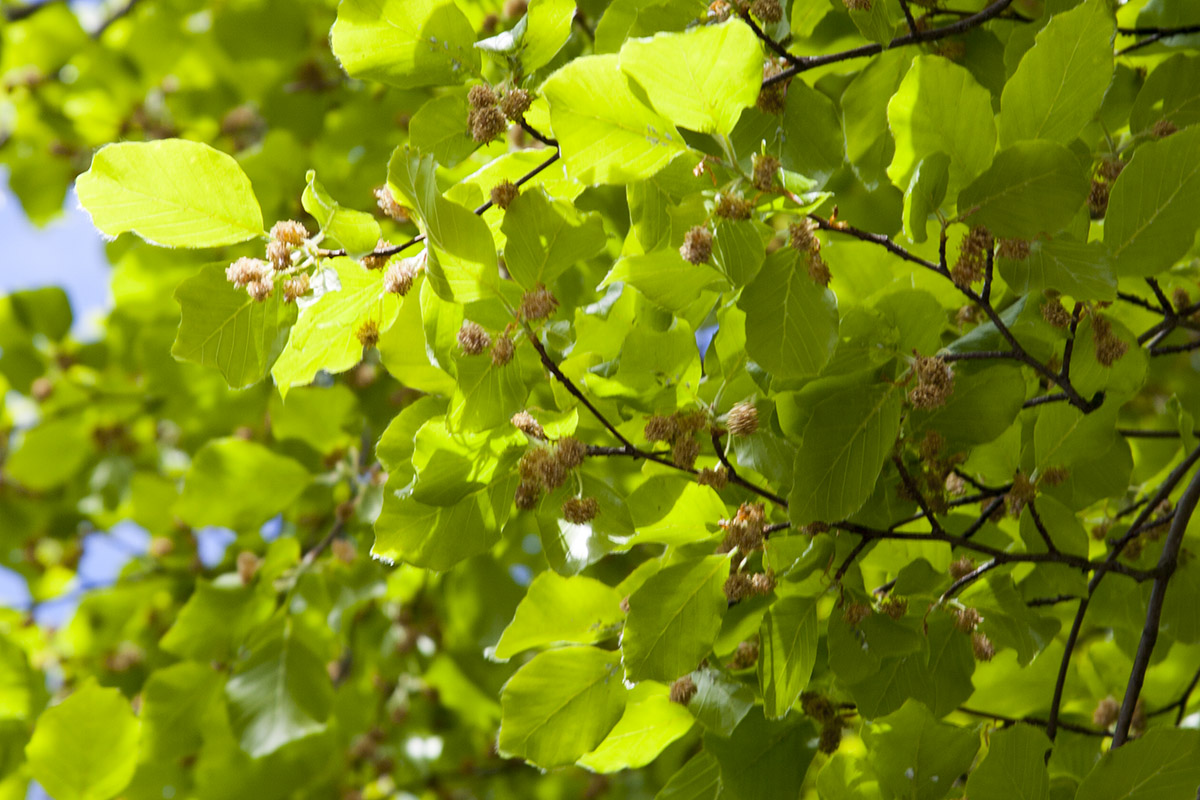 I grew up with a huge Beech tree at the bottom of my garden. It was actually in the wood beyond but I regarded it as our tree – it protected our house and shaded our garden; it’s leaves and mast fell on our lawn and it’s scions appeared in the spring, sometimes in great abundance. Our giant didn’t have a name; there were many other specimens in the wood – presumably relatives, but this was the principal, The Beech Tree.

How lucky I was to live with such a magnificent companion. It was so vast I couldn’t detect annual expansion, it’s shape and size appeared constant. It was instead the seasonal variations that made their impact. Of these the winter and spring were my favourites. The Beech Tree protected us from winter’s storms bellowing through it’s high top and as the hoot of owls gave way to a more temperate cooing of wood pigeons the best bit was about to happen.

In mid-April it started, brown leaf buds would swell and turn russet orange, they would start to unravel until the first fissures of brilliant green popped. There was no going back now and for a whole week the air would be filled with cast-off bud casings and the green riot would let rip.

The vivid green of fresh Beech leaves is, like Yves Klein’s International Blue, the truest expression of a colour I think. I love this leafy explosion above all the other gems of spring’s cluster bomb.

Beech is less familiar in London, and as street trees, they are very rare. Many London Beeches are cultivars – the copper beech being favoured in bosky suburbs. This metallic cousin of native European Beech (Fagus sylvatica) is a splendid tree and in spring delivers delicate magenta leaves.

I wonder why there are so very few Beech street trees? Maybe London’s clay soils do not favour them, perhaps the roots are too shallow, or perhaps they are too shady. I think we should reconsider them – as appears to be happening with conifers – they are a majestic species that could add a lot to London.

Is there a tree officer out there who might like to try them in place of Planes or other large trees on a broad avenue somewhere?