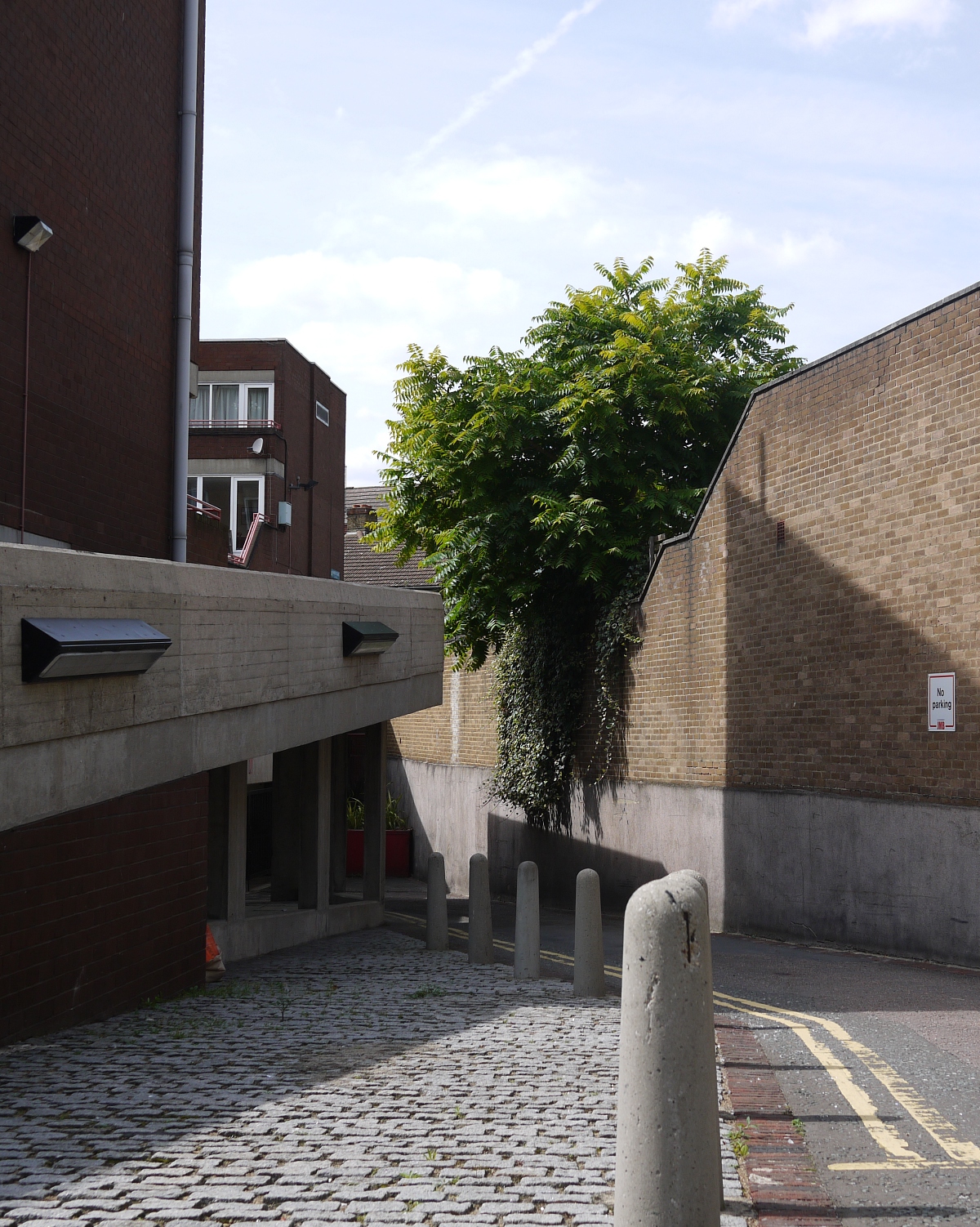 The Tree of Heaven (Ailanthus altissima) is a common tree of street plantings, parks and gardens, in fact it pops up everywhere. It has a curious habit (in London at least) of blending in, it has a passing resemblence to the Ash (Fraxinus excelsior) or the Walnut (Juglans regia) and seems inoffensive when it first appears. It is in fact a vigourous tree, growing rapidly into an attractive small tree and then a shady large tree. It often looks planted but in fact it may very probably have arrived under it’s own steam.

Whenever I spot one of these colonisers of uncared-for plots of land it isn’t long before the parent tree becomes apparent, typically a mature planted specimen within 100 metres of a not-so-obviously planted specimen. Because of it’s rapid grown and it’s ability to push out suckers almost at will even through tarmac or cracks in walls, a patch of waste ground can resemble a possibly-planted mini ToH arboretum within two or three years. By the time someone notices and decides to cut down the encroaching spinney, these offenders will be ready to send forth sucker reinforcements and so the cycle continues.

Often the ToH will appear to be a bush as the one in this picture does, don’t let this simulacrum of pruning fool you though – chances are it will be the multi-stemmed regrowth of a casually hacked mono-trunked invader.

Beyond these shores the Tree of Heaven, or Ghetto Palm, has gained notoriety for it’s invading habits and is regarded as out of control and an unwanted alien in parts of Europe and America. It’s ability to grow anywhere has also been celebrated in literature and my post title references Betty Smith’s 1943 novel ‘A Tree Grows in Brooklyn‘ which uses the Tree of Heaven as a metaphor for the tenacity of her inner city dwelling characters.

Check out the likely parent tree just next to the pub:

6 thoughts on “A Tree Grows in Bermondsey”