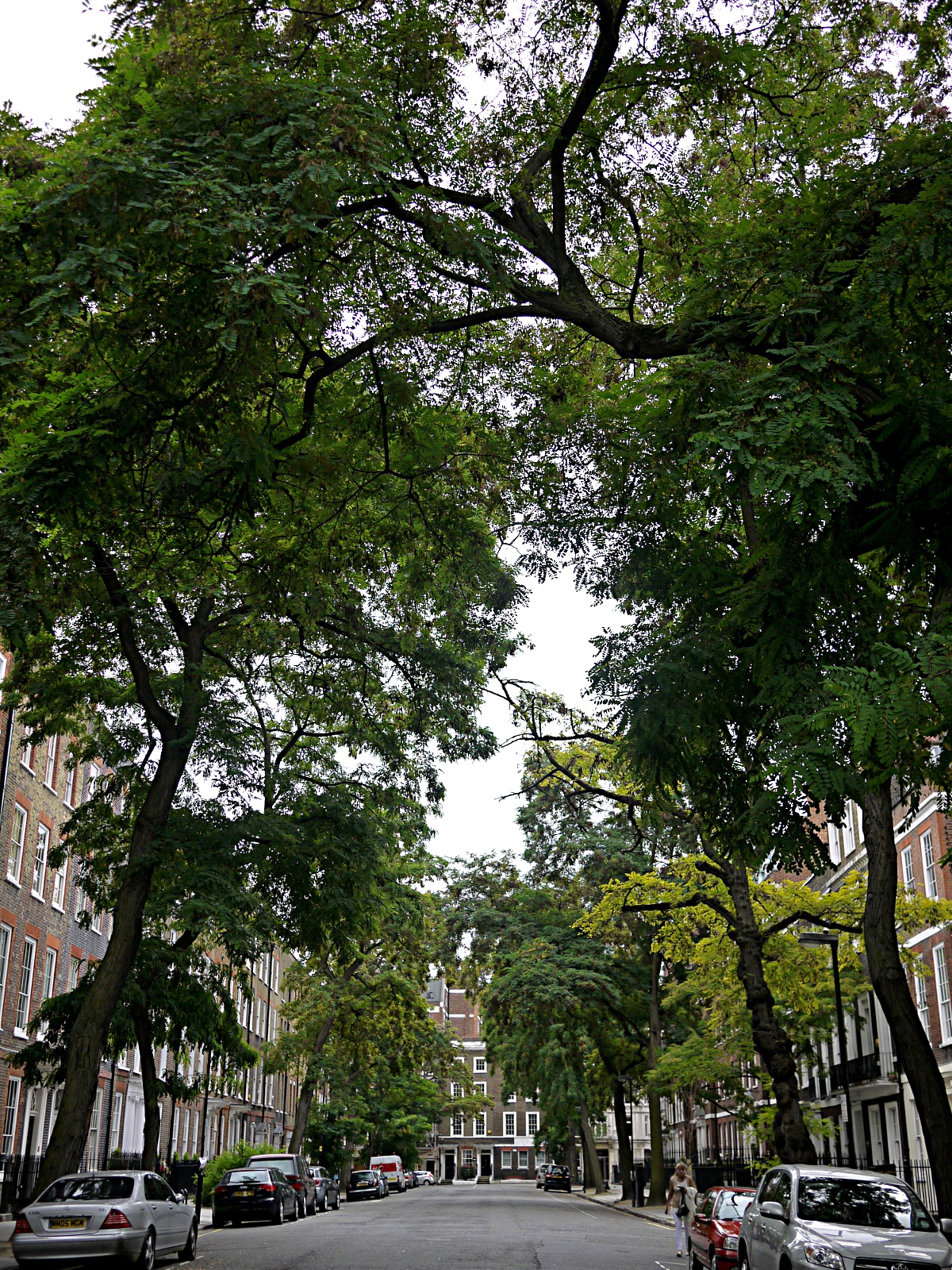 Bedford Row is a very handsome eighteenth century London street, in some ways more handsome than it’s Bloomsbury neighbours north of the Theobald’s Road divide. It is wider than Great James Street and softer than Doughty Street, it is lined largely by fine Georgian terraces, (the exception being a post-war infill half way up on the western side), now mostly law firms and esoteric consultancy businesses.

The Row’s charm is helped in no small measure by being lined with mature feathery-leaved Robinias. These North American trees take on interesting and characterful shapes as they grow older and the Bedford Row specimens have become reminiscent of those familar and quitessentially English trees rendered by Constable or Gainsborough. From a distance they might be mistaken for Elms, a half-remembered image still burned in the English consciousness despite the ravages of Dutch Elm Disease laying waste to the species way back in the early 1970s.

This is my second Robinia post in only three days – read about the Golden Robinia of Barnsbury.

Take a virtual trip down Beford Row thanks to Google Street Tree view:

I love the spectacle of this ornamental crab apple. It's a Purple crab, or Malus x purpurea, and it is now considered rather old-fashioned and consequently it's rarely planted now. Too bad I say, it has one of the most piquant blossom displays, and as trees mature they take on the gaunt aspect of an old orchard apple tree. Those older trees develop classic, scale-like apple bark too. It's one of my spring favourites.⠀
This is a rare sight. It's a Corstorphine Plane, an old and delightful Sycamore cultivar originating from what is now the Edinburgh suburb of Corstorphine. The original tree, thought to be 500 years old, succumbed to a storm in 1998. But thankfully, there are scions to be found in old gardens and collections, like this one in the Sheffield Botanic Gardens. Although it's called a plane, it is of course a maple, Acer pseudoplatanus 'Corstorphinense' to be precise. They come in to their own briefly during the spring when their new leaves and flowers emerge to form a short-lived golden crown, this soon fades to green however and trees resemble a regular, common or garden Sycamore (Acer pseudoplatanus). So look out for these special trees now! And if you know of one, please let me know - I'm currently researching remarkable urban trees found in towns and cities throughout the UK and Ireland. Click the link in my bio for more.⠀